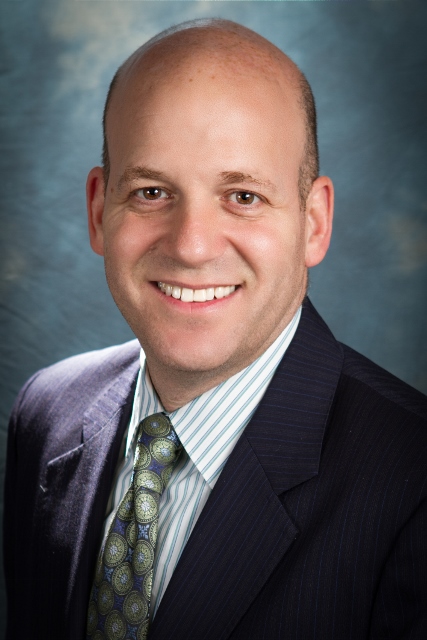 An attorney with 23 years of experience in real estate law, Peter Friedman is applying his experience representing local governments to his role as chairman of the Cook County Land Bank Authority’s Land Transactions Committee.

Formed in January of 2013, the Cook County Land Bank Authority is an agency tasked with converting foreclosed properties throughout the county into a productive space. Friedman was selected early last year to serve as chairman of the Land Bank’s Land Transactions Committee.

A partner with the firm Holland & Knight, Friedman’s clients include several municipalities. He advises them on matters ranging from finance and acquisition to land use and development. Friedman also counsels public and private sector clients on a variety of government issues such as annexation disputes and employment policy. The ability to work in both the public and priave sectors, he said, is invaluable.

“It was a little serendipitous. For a long time our practice was focused on representing local governments,” Friedman said. “Inexorably, more and more private sector developers came to us and asked us to represent them because they knew how well we knew the process.”

When he’s not busy with work for his firm, the Land Bank or other boards that he sits on, the married father of three jokes, “I sleep occasionally.”

The Daily Whale sat down with the Winnekta resident to talk about the experience of bringing his knowledge to the government sector, his work with the Land Bank Authority, and balancing his work with family life. An edited transcription follows.

DW: Why did you choose to go into real estate law?

PF: It’s how you define real estate law. I’m head of the real estate group here at Holland and Knight. … I represent a number of municipalities as their general counsel, which means I do more than real estate for those municipalities. … A big part of representing any municipality is land use and zoning because they have a lot of property to manage themselves.

DW: And you are also a professor?

It’s very Chicago focused. In concept … it’s wonderful if we can save [historic structures] and preserve them, but it’s very expensive and sometimes not practical. There’s a lot of ways both with private-public partnerships and with tax credits to make that type of historic reuse economic for both the community that exists as well as the private sector developers.

DW: What did your experience serving as a legislative director for Congressman John Porter teach you about working in politics?

PF: When I got out of [undergraduate] school, I immediately went to Washington. And I literally walked in off the street to my congressman’s office and offered to volunteer. … Ultimately I became legislative director.

It was the absolute best possible legal education I could ever imagine. Not only was I learning what I needed to learn in law school, but nothing taught me about government law as well as working in Congress for Congressman Porter.

DW: Have you ever considered going into politics yourself?

PF: Yes, I have thought about it. There was a brief time when the district I was in—the 5th Congressional District—was represented by now-Mayor, then-Congressman Emanuel. When he was going to leave that office, the National Republican Party had reached out to me and asked if I was interested. [I] thought about it, and I decided it wasn’t the right time. I was enjoying my practice and what I was doing too much to give it up.

DW: Tell me about the Cook County Land Bank Authority.

PF: The Cook County Land Bank Authority was created by Cook County as an entity within the county to deal with the massive amounts of foreclosure abandoned properties we have in the county as a result of a lot of things, but accentuated by the economic downturn.

DW: What is your role as the chairman of the Land Transactions Committee?

PF: The Land Transactions Committee is responsible for setting the policies for which the Land Bank will acquire property and then dispose of property. We have standards by which we investigate, analyze and ultimately acquire [property]. And we have a plan for what we are going to do with those properties on the other end: getting them into the hands of private sector individuals, community groups, neighborhood organizations.

The committee is generally responsible for setting those policies and being the kind of first look within the Land Bank of different options available. We then make a recommendation to the full board.

DW: How is a decision made concerning the conversion of a property to something like a park or community center if there is dissent among the public?

PF: The ordinance creating the Land Bank and our own policy make it very clear that whatever we do, we are going to do in consultation with community groups and other interested parties within the neighborhood where those properties exist. So the Land Bank has no interest in being a bull in the china shop. In order for us to be successful, there needs to be support. … We’re hyper sensitive to the need to be very open about this process.

DW: Would you say the Land Bank has been off to a good start so far?

PF: It takes a little time to gear up. We were created; the president had to make all of her appointments; those had to be approved by the board. The board then had to create these policies and create a structure. We just finished a very extensive national search for our executive director. … We are in the process of staffing up for a senior acquisitions person.

So we are moving with all deliberate speed. But we’re not going to be precipitous because it’s too important. And we’re going to make sure that when we start doing real estate transactions, they’re pursuant to a solid, practical long-range plan.

DW: The Land Bank was awarded a $4.5 million grant by Lisa Madigan. How will that money be used?

PF: We were the largest recipient of grant money from the attorney general as part of the national mortgage foreclosure settlement. … As to what it’s used for, it’s used for operations and ultimately it may have to be used for the acquisition of property, for managing the property we have or will have, for all the things the Land Bank is going to have to do.

But mainly, the purpose of that money is to address the foreclosure crisis and to turn properties that are either stuck in foreclosure or that have been abandoned and turn them into a productive use, whatever that productive use may be.

DW: What do you like to do in your spare time?

PF: I serve on the board of the Leadership Fellows Association as part of Leadership Greater Chicago. I am also vice chair of the Jewish United Funds Government Affairs Committee. … My family keeps me very busy, so they are my free time. … Having kids that are 8, 6, and 4 keeps you young.