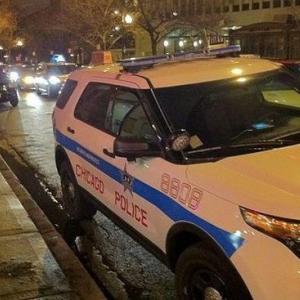 Mayor Rahm Emanuel on Thursday announced the creation of a new pilot program under which a variety of governmental agencies will work together to provide additional support and services to families believed to be at high risk for domestic violence.

The pilot program will be launched in Chicago’s 14th Police District – which includes the Logan Square, Humboldt Park and Ukrainian Village neighborhoods, among others.  Officers responding to domestic violence calls in the district will fill out new assessment forms that agencies will then use to identify victims that have an “elevated risk for injury,” according to a mayoral press release. Households perceived to be at high risk for violence would then receive phone and home calls from Chicago Police and be connected to a variety of other public services.

The assessment form for identifying high-risk families was developed by the Mayor’s Office, the Cook County State’s Attorney’s Office, the Chicago Police Department and the city’s Department of Family and Support Services. According to the Chicago Sun-Times, questions on the form include, “Is there a gun in the house?” Another asks, “Has he threatened to kill you or your children or prevented you from leaving, calling police or seeking assistance?”

“For the first time, this program will give us the ability to more easily identify and offer assistance to the most vulnerable domestic violence victims in the city,” Emanuel said in the release. “By working together to respond to our highest-risk cases, we can all be more effective.”

In addition to follow-ups by police officers, victims with an elevated risk will be directed to the State’s Attorney Targeted Abuser Call. That program “prioritizes the prosecution of certain offenders based on their criminal background,” according to the mayor’s press release.  Other agencies will prioritize those victims when providing legal, counseling and case management services.

“We have hit the ground running in our efforts to identify high-risk households and to improve our efforts to investigate and prosecute these cases effectively," Cook County State’s Attorney Anita Alvarez said in the release.

The Chicago Police respond to about 200,000 domestic abuse-related calls each year, a figure that equates to almost 500 calls a day. Last year, over 1,500 of those calls related to cases involving the use of a gun, knife or other deadly weapon.

Every call presents “a highly stressful situation that is often very dangerous for everyone involved, including the officers,” Chicago Police Superintendent Garry McCarthy said in the release. “Our work through this pilot effort … can make a meaningful change in the lives of victims – and begin to break the cycle of violence.”

The Sun-Times reported that McCarthy on Wednesday said that preventative tactics have been effective in reducing the number of gang-related shootings in Chicago.

Emanuel, during a Thursday press conference, according to the Sun-Times, said he hopes similar follow-up efforts for domestic violence calls can reduce future occurrences of injuries or even deaths.

If the pilot program proves to be effective, the additional domestic violence reduction efforts could be implemented citywide by the end of the summer.