Mayor Rahm Emanuel said during an unrelated press conference at technology hub 1871 Wednesday that he is not worried about Chicago Cubs owner Tom Ricketts moving the team out of Chicago if the organization’s proposed $300 million Wrigley Field overhaul does not receive approval from the city; Ricketts suggested the team could move while unveiling the proposal earlier at a City Club of Chicago event

Mayor Rahm Emanuel on Wednesday urged the Illinois legislature to approve newly-introduced gambling legislation; Mayor touted a proposed casino in Chicago as a revenue stream for improving the city’s schools 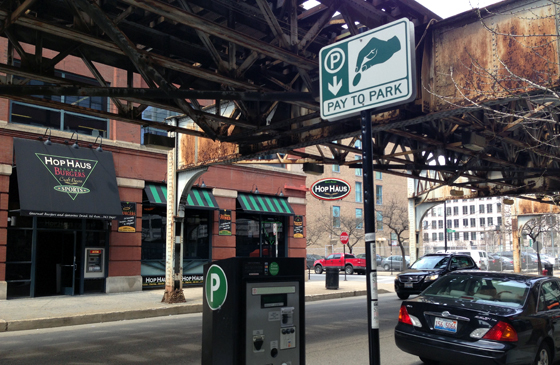 Certain areas of Chicago will have free parking on Sundays as a result of a new settlement between the city and Chicago Parking Meters LLC, the company that oversees Chicago’s parking meters, Mayor Rahm Emanuel announced Monday.

Mayor Rahm Emanuel on Friday extended the city’s contract with current red light camera operator Redflex Traffic Systems to give the city more time to select the company’s successor; Redflex was barred from rebidding on the contract after its expiration following an alleged bribery scandal

Mayor Rahm Emanuel and police Supt. Garry McCarthy said that Operation Impact, an initiative to enlist more police officers on foot patrol in some of Chicago’s high-crime neighborhoods, has effectively reduced crime since the program’s inception; Emanuel said that crime in the targeted areas “was down in February by 50 percent, 69 percent in March, [and] April’s continuing in that trend”

Mayor Rahm Emanuel’s administration has asked a federal judge to dismiss a lawsuit filed by the League of Women Voters and 14 individuals that alleges Chicago’s newly-drawn ward map is unconstitutional because it favors protecting some incumbents over ensuring fair representation of constituents; City argued the League of Women Voters does not have the legal standing to file, that an alleged equal protection infraction does not exist and that the reshaping of ward boundaries is justified

Mayor Rahm Emanuel is offering Lollapalooza tickets to 100 top technology students from colleges around the country as part of an expansion of the ThinkChicago program, which aims to draw tech talent to the city; In addition to attending the concert, students would also visit tech incubator 1871, participate in panel discussions with Chicagoans in the technology field and attend a job fair with local companies

Mayor Rahm Emanuel visited Englewood’s Growing Home organic, urban farm on Wednesday to highlight the project as an example of the success of the Chicago Neighborhoods Now initiative, under which over $363 million in public and private investments have been made in the Englewood area; Growing Home is quadrupling its trainees to 80 people per year and tripling its annual produce output, to 40,000 pounds per year