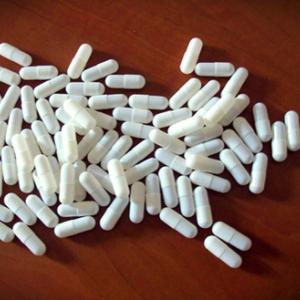 Mayor Rahm Emanuel on Tuesday announced the city sued five pharmaceutical companies, claiming the drug makers have overstated the benefits of the opiate-based prescription drugs they produce, in turn fueling an epidemic of addiction in Chicago and throughout the United States.

The city claims five of the nation’s biggest makers of prescription painkillers have “knowingly and aggressively” marketed the drugs as being beneficial for the treatment of long-term pain, while downplaying the potential for addiction, according to a Mayor’s Office press release. The Mayor’s Office said that as a result of the over-prescription of the drugs, Chicagoans are unknowingly exposed to potential dependency, overdose and a transition to illicit drugs.

The companies named in the suit as defendants – Purdue Pharma L.P., Cephalon Inc., Janssen Pharmaceuticals, Inc., Endo Health Solutions Inc. and Actavis plc – manufacture drugs like the synthetic-opiate OxyContin (Purdue Pharma), Percocet (Endo) and a slew of generic alternatives to those and other commonly-prescribed opiate-based drugs.

“For years, big pharma has deceived the public about the true risks and benefits of … highly-addictive painkillers in order to expand their customer base and increase their bottom line,” Emanuel said in the press release. “Today, we’re saying enough is enough – it’s time for these companies to end these irresponsible practices and be held accountable for their deceptive actions.”

Not named as a defendant in the city’s lawsuit was AbbVie Inc., the North Chicago-based maker of the popular prescription painkiller Vicodin. Lake Forest-based Hospira, the maker of Demerol, was also left out.

According to the Centers for Disease Control and Prevention, the sale of opiate-based prescription drugs increased 300 percent between 1999 and 2010.

Since 2008, the Mayor’s Office in its press release said it has reimbursed $9.5 million-worth of payments for prescription pain pills under the health insurance plan covering city workers.

As a result of the over-prescription of painkillers, the instances of the harmful outcomes of using the drugs – which include dependency and overdose – are also on the rise. The city estimates that the amount of emergency room visits as a result of prescription-drug use has increased 65 percent between 2004 and 2011.

“Caring for patients addicted to prescription painkillers was one of the most challenging parts of my clinical practice and I’ve seen firsthand the damage it can cause to individuals, families and entire communities,” Chicago Department of Public Health Commissioner Bechara Choucair, M.D., said in the mayoral release.

Also through the over-prescription of the drugs, they commonly end up in the hands of those to which they were not originally prescribed. The CDC in 2010 estimated that three-out-of-four people abusing prescription drugs were not the person to which the drug was first prescribed.

“What we see often is people having access to opiates recreationally because people they know are prescribed opiates,” Christopher Beasley, a psychology research associate at DePaul University, explained over the phone Tuesday.

To abate the opiate-drug epidemic, Dr. Leonard Jason, director of DePaul’s Center for Community Research, said during the same interview with Beasley that physicians must be informed of the dangers of the drugs.

Opiates “certainly can be given out judiciously," he said. “If they are going to be used … physicians need to have the education and knowledge to [prescribe them] appropriately. … Those are things that can and should occur and sometimes don’t.”