Q & A with Jacob Allen, Founder & CEO at pilotED Schools 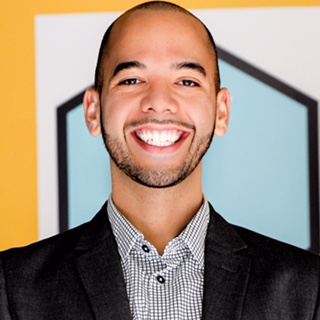 Since coming to Chicago in 2013, Jacob Allen has focused on developing and implementing innovative and holistic approaches to educating low- and moderate-income minority middle school students in urban neighborhoods.

Drawing on his passion for finding sustainable educational solutions, Allen founded the Chicago-based nonprofit pilotED Schools and serves as the organization’s CEO.

Allen earned a B.A. from the University of Washington in 2012 and then spent almost a year working as the director of communications for the 48th Legislative District in the state of Washington. In 2013 he moved to Chicago and spent two years as an educator with Teach for America, a nonprofit organization that recruits college graduates from top universities to teach in underserved, low-income communities.

Last year Allen served as a member of Chicago Public Schools’ Neighborhood Advisory Council and took a position on the regional strategy team member for Leadership for Educational Equity, an origination devoted to to inspiring current and former Teach for America corps members to become community leaders and work toward educational equality. He was also a fellow for Camelback Ventures, an organization that promotes social entrepreneurism.

Allen founded pilotED with Marie Dandie and Benjamin DuCharme in 2013. The organization promotes the use of critical identity-based methods to support at-risk students who are driven to succeed in college but lack necessary resources and preparation. According to the program’s website, pilotED tested its curriculum and education model at two Chicago-area middle schools over the past two years. The group claims 93 percent of pilot students are projected to graduate high school and there was an 88 percent drop in suspensions and detentions among students in the program. Over one year, the organization stated students in the program achieved 3.75 years of math growth on state standardized tests.

Read on for Allen’s thoughts on his career in teaching, education and leading a growing nonprofit.

What led you to a career in education?

Not long after enrolling at a university in Southern California, I became disillusioned by the lack of diversity I saw around me. There were plenty of affluent classmates, but I wondered about the less fortunate students. What happens to them? I had my consciousness raised when I served as the Wisconsin NAACP’s first-ever Youth President during my senior year in high school. In that role, I traveled to other Midwest high schools to learn about the issues that were most important to low-to-moderate income, minority students – everything from social justice and gang violence to how to afford college tuition and learn about proper nutrition. When I found out that only 11 percent of the students whose schools I visited would go on to be successful in college, I was determined to do something about it.

So with this experience fresh in mind, I transferred to a more diverse socio-economic experience at The University of Washington, where I was introduced to the famous teachings of community organizer Angela Davis. She inspired me to listen to the voices not being heard. That sage advice, along with my NAACP experience, eventually led me to teaching. I thought that if I could really listen to students and parents, especially those whose school boards, teachers and administrators excluded or ignored them, then I could use education to make a difference.

How did you start pilotED?

As a middle school teacher, I recognized my at-risk students were going to high school without many life skills and mindsets – such as how to embrace personal identity, what comes after high school and how to prepare for the future.  These conversations simply weren’t happening in many Chicago schools, but they’re essential for getting ready to perform at the next level so my students could ultimately graduate. I found there were no programs or services for ambitious middle school students with average grades to help them gain the discipline and life skills they would need. So my colleagues and I designed a curriculum not only around academic growth, but also around embracing personal identity and orientation to the future – what we refer to as our Identity-Based Model where at-risk students get on track for success in high school, college, and beyond.

What is unique about pilotED?

The odds are so stacked against education these days, from competing agendas of public officials to conflicting approaches and philosophies to finding capital. So to overcome these tensions, pilotED strives to make learning a fundamental part of the way we live, breathe and eat, and less about bricks and mortar. It’s a holistic approach involving support services and programs from the community, all under one roof.

This approach allows innovation to flourish at pilotED because of the autonomy we enjoy and our understanding of each student’s different needs and capabilities. We try to adapt to each student on an individual basis and bring the services and programs they need to be successful into the school – from community programming to neighborhood outreach. A better environment is more conducive to better learning.

And then there is the identity model. We allot 25% of class time to conversations with students about what success looks like. We help them “get in the shoes” of those people in the community who are successful. By giving them role models, community engagement opportunities, and embracing a healthy self-image narrative, our students see what it takes to succeed, and can emulate those behaviors.

How would you improve CPS?

There are three ways that would truly transform the student experience at CPS.  First, I would start by advocating for a system of school autonomy.  Each school needs the flexibility and freedom to develop and implement approaches that work for their students and their neighborhoods. Obviously, what is effective at one school may not be effective at another. The community knows as well as anyone what students need – certainly better than someone at a central office. This is as true on the North Side as it is on the South Side.

Second, I would address the issue of poverty. So many students are lacking access to basic social and medical services, which makes it so much harder for them to learn. If basic social, emotional, and medical services could be more accessible in our schools, we could create an environment better suited to learning. Right now, the burden is hard for a parent and child to overcome when that parent needs to miss work to get the child to the doctor.  As a result, the child’s ability to learn suffers. The more services at the school, the more it’s part of the community with everyone having a stake in the outcome of a child’s education.

Finally, I would encourage schools to organize monthly town hall meetings. These meetings have proven to be effective tools for teachers and administrators to engage with parents the same way they engage with their children. And the venue lends itself to making parents more comfortable when discussing sensitive education-related issues.