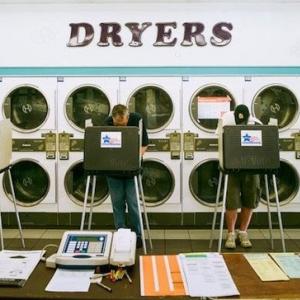 When it comes to the most vital and fundamental aspect of our democracy, the right to vote, Illinois has compiled an impressive record that ranks us among national leaders. In the past two years alone, we’ve enacted several laws that will expand ballot access for the Nov. 4 election.

We made it simpler for people to register and to vote by launching online voter registration and offering Election Day registration. We expanded the number of people eligible to vote, as well as the hours and length of early voting. We improved how provisional ballots are counted. And, voters will have the opportunity on Nov. 4 to ensure that Illinois never enacts laws similar to ones we’ve seen in other states that deny eligible citizens the right to vote.

We’re guided by a simple concept: our democracy is always stronger when more people participate. More voters means more people invested in our government. It means greater diversity of views for elected officials to consider. We’ve still got a ways to go – such as continuing to reduce the influence of big money in our politics and governance.

But we’re moving in the right direction – even as battles rage in other states over new voter suppression laws, such as ones requiring voters to produce state-issued photo IDs. The Brennan Center for Justice at the New York University School of Law, which tracks election laws across the country, reported earlier this year that more than 20 states have added voting restrictions since 2010.

Illinois, on the other hand, is one of 11 states expanding voter access, according to the Brennan Center. Here’s a look at some of the ways we’ve improved our democracy:

Republicans sometimes say expanding voter access is just a way to get more Democrats to the polls, on the theory that those new voters are more likely to cast ballots for Democrats. But we’re happy to note that Republican leaders in Illinois are more enlightened on this issue than many of their colleagues in other states. During debate on the Right-to-Vote amendment in the Illinois Senate, GOP state Sen. Matt Murphy of Palatine described the measure as one recognizing “the fundamental, quintessentially American concept of the right to vote.”

Democracy only works if enough of us participate, exercising our right to vote for which so much has been sacrificed from the time of the American Revolution, to the Civil Rights movement, and through today’s struggle against voter suppression. Illinois’ leadership on voting rights means voters in our state can make their voices heard more easily than ever before.

***State Sen. Don Harmon (D-Oak Park) has served in the Illinois Senate since 2003. He is Senate President Pro Tempore. David Orr has served as Cook County clerk since 1991. The Cook County Clerk's Office acts as the election authority for more than 120 towns and villages in suburban Cook County.