County Board bans use of credit checks as condition for employment 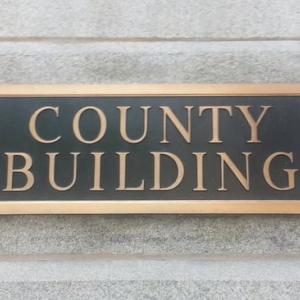 The Cook County Board on Wednesday unanimously approved a measure forbidding employers from considering the credit ratings of potential employees when making hiring or promotion decisions.

Commissioner Bridget Gainer (D-Chicago) sponsored the amendment to the county’s Human Rights Ordinance. Gainer, who chairs the county board’s Workforce Development Committee, said during a committee meeting on Wednesday morning that the amendment was designed to “remove a significant barrier” to employment for people who have suffered from a foreclosure or been burdened by exorbitant medical bills. The ordinance brings county law into line with the city and state law, which include similar prohibitions.

“We know that credit score does not correlate with the ability to perform a job or to succeed in a job and to get a promotion or a profession,” Gainer contended on Wednesday. “It’s clear we should take action such as this to protect those who need good jobs the most.”

Julie Garfield, manager of supportive services with The Cara Program, also spoke in support of the measure during Wednesday’s committee meeting. The Cara Program is a nonprofit organization that partners with groups such as Mercy Housing Lakefront and Catholic Charities to facilitate job placement in the area.

Like Gainer, Garfield said potential employees should not be burdened by past financials hardships that come as a result of medical or tuition bills. “I’d argue that such debt profiles tell us volumes about a person’s access to health care, employment and affordable education, yet offer little – if [not] nothing at all – about a person’s trustworthiness or ability to manage a company’s resources.”

On Wednesday Gainer said the Chicago Urban League had provided a letter of support for her measure as well. The Urban League is a nonprofit that works to promote employment, housing and education progress in the African-American community.

In a press release, Gainer expressed her hope the apprenticeship ordinance will encourage the expansion of apprenticeship programs in a variety of industries, including the construction and technology industries. Gainer told members of the press following the committee meeting that apprenticeships have served as paths to entry in many industries in years past, but she lamented that the modern workplace has become less accessible. She explained many jobs that previously drew workers from apprenticeships now require four-year degrees.

“It’s not a talent gap that we have and it’s not a skills gap,” Gainer said. “It’s really a training gap. Many of these professions – finance, accounting, insurance – all had apprenticeship programs a generation ago. … That’s how people entered those professions. But we’ve totally over-rotated to only a four-year degree can lead you [to employment]. … I just think we need to make apprenticeships look more like the economy because they’re an incredible way to bring people to middle class jobs.”