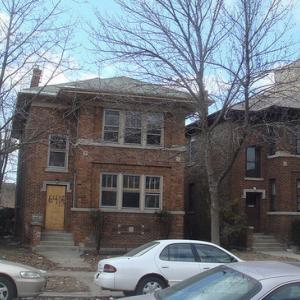 Under the deal, Chicago-based The PrivateBank will provide capital for the Land Bank to acquire and renovate abandoned properties, Gainer explained Thursday. A home’s acquisition and rehabilitation costs will then be combined into a mortgage for a qualified homebuyer who intends to make the property their primary residence.

“We want to be as flexible as possible [in finding qualified buyers], with the primary goal of finding participants that truly want to live in the neighborhood,” said Colleen Kroll, associate managing director of communications for The PrivateBank.

Gainer, a Democrat who serves as commissioner for Cook County’s 10th District, said the Land Bank is currently finalizing a deal with a “well-known construction management entity in our community” that will subcontract renovation work to local businesses. “It’s a very recognized and reputable name,” she said.

In addition to generating work for local businesses, the Land Bank’s efforts will benefit local communities by lifting property values of occupied homes in distressed neighborhoods by eliminating abandoned homes that often become “a magnet for crime,” Gainer explained.

“You take a vacant home and you make it livable. You put one more light on the porch on a block. You take a family and you make them homeowners,” she explained. “It doesn’t get much better than that.”

Gainer in her announcement noted that by rooting out abandoned homes, the county benefits from added property-tax revenues.

Since its establishment in January 2013, the Land Bank Authority has primarily taken acquisition of foreclosed homes through donations from large portfolio holders like Fannie Mae and Freddie Mac.

If the Land Bank Authority is successful in attracting qualified homebuyers for the first round of funding, it plans to supplement its current work with further investments from The PrivateBank and other lenders.

The Land Bank Authority plans to launch the program on Sept. 1.