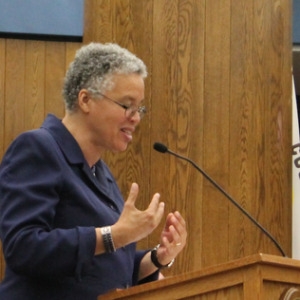 The Cook County Board of Commissioners on Wednesday unanimously approved an ordinance amending disclosure requirements for county attorneys seeking board approval for large legal settlements.

Gainer’s legislation also requires the State's Attorney's Office to compile an annual summary of all settlements, case dispositions and invoices approved in excess of $500,000.00. County offices whose employees are named as defendants in any such cases will have to provide a yearly report on the employment status of the defendant county workers and any resulting disciplinary actions.

The Cook County Board of Ethics supported passage of the legislation, according to a press release from Gainer.

“As advocates for the best interests of all Cook County stakeholders it is our job as county commissioners to ensure we are given all information in order to make decisions with millions of dollars of taxpayer dollars,” Gainer said on Wednesday.